A small pointer to an online resource you may find to be very useful: courtesy of Eric Sloof from The Netherlands, you can browse a complete repository of VMware tools at VM4All.com, including their licensing terms, description, creator credits and link to download / maker.

From the about page:

VMware’s virtualization technology has become the industry standard for virtualization in the enterprise. More and more people are writing software based on the SDK and created a lot of little handy tools. On the other side there are some larger company’s who also created all kinds of applications to support VMware ESX server and Virtual Center. The vm4all.com website provides a complete list of all these tools and applications. 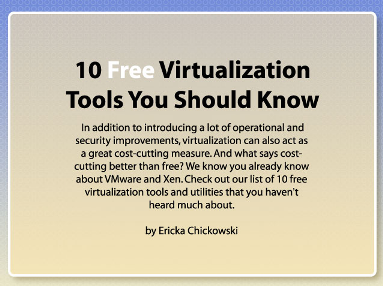 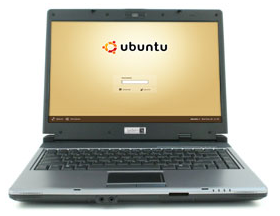 This article looked at four different products for virtualization in Linux, specifically Ubuntu Linux. The findings were interesting – the only product that requires the purchase of a licence for personal use, Parallels, actually performed the worst of the group. Qemu did well for a completely free-as-in-speech application, although VMware and VirtualBox blew the competition away in terms of performance.

Of these applications, VMware and VirtualBox definitely come out the clear winners. For individual use, where the ability to run a single Windows desktop inside of Linux is all that is needed, VirtualBox turns out to be my preference. It’s much smaller than VMware, which comes packed with extra features that aren’t necesary for the end-user. If your needs are different, however, you’ll probably want to give VMware a closer look. Overall, the maturaty and stability of all four applications was impressive enough to call virtualization on the Linux desktop “complete.”