The Cisco Nexus 1000V distributed virtual switch and the Cisco Unified Computing System with Virtual Machine Fabric Extender (VM-FEX) capabilities will work with the Windows Server Hyper-V hypervisor to provide customers with Cisco networking features that are constant across both virtual and physical networks while supporting customers’ existing IT management processes.

It also provides full VM-level visibility, security controls in a virtualized environment that are consistent with their Cisco physical network.

The Cisco Nexus 1000V and VM-FEX solutions for Hyper-V will be available when Windows 8 Server is released to the market.

Expanding their long-term partnership with a joint base of thousands of customers, SAP and Microsoft today announced their plans to improve integration between SAP software and Microsoft virtualization and cloud computing technologies.

These plans include innovations to people-centric applications development for SAP software as well as virtualization and cloud computing without disruption of customer IT landscapes.

By extending support to Hyper-V, Veeam is providing:

Veeam Backup & Replication for Microsoft Hyper-V will be available to customers in the fourth quarter of 2011. 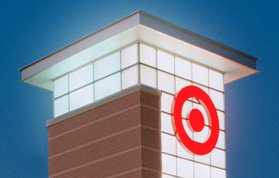 Microsoft and Target have announced that the latter is running business-critical workloads for all its retail stores on 15,000 virtual machines using Microsoft virtualization and management technologies.

Earlier this year, Target scaled its deployment of Windows Server 2008 R2 Hyper-V to every US store in its chain.

The retail giant has also implemented the Microsoft System Center management platform to manage and patch more than 300,000 endpoints, ranging from servers and PCs to mobile inventory devices and point-of-sale registers.

With the help of performance stats and in-depth reports, IT administrators can ensure their virtual systems are performing at optimum levels.

A 30-day fully functional trial edition of ManageEngine Applications Manager can be downloaded from the website. Pricing starts at $1,590 for the Professional Edition with the Hyper-V Monitor.