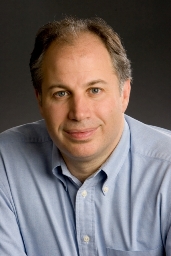 the recent removal of Diane Greene as president, CEO and board member of VMware, we wrote:

“We’re wondering how the VMware troops will react on the news, and what will happen with Mendel Rosenblum, Chief Scientist at VMware and Greene’s husband.”

Now IHT / The New York Times has received confirmation that Rosenblum, co-founder and top executive at the company as well as husband to Greene, has resigned from his position (hat tip to Tarry). He announced his resignation and return to Stanford as a full-time professor in a companywide message on Monday night.

The NY Times also offers some insight about the removal of Greene:

On July 7, she found out just how cold it had become. After Greene made a special presentation to VMware’s board, Tucci, who heads VMware’s parent company, EMC, pulled her aside, according to people familiar with the events, who asked for anonymity because they were not authorized to discuss internal company decisions.

Inviting Mendel Rosenblum, Greene’s husband and the co-founder of VMware, into the room, Tucci told Greene she was fired, effective immediately. And he said the board wanted Rosenblum, VMware’s chief scientist, to take her seat on the board. Rosenblum declined the offer.

We’ll update the post should new information come to light.