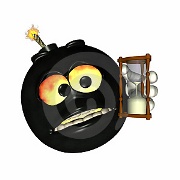 Today’s a black day for VMware, and also (and maybe especially) VMware customers who upgraded their virtual servers with the new Infrastructure 3.5 Update 2. As of this morning, many could not power on VMotion or any of their Virtual Machines. The VI Client threw the error “A general system error occurred: Internal Error”.

This was first reported by a customer in a thread on VMware Communities. You can find the Knowledge Base article on this problem here.

The problem apparently exists within the software licensing code, rather than the functional part of ESX software.The license code falsely identifies many implementations as being out of license, prevents new virtual machines from launching, or existing VMs from migrating to new hosts.

“An issue has been uncovered with ESX 3.5 Update 2 and ESXi 3.5 that causes the product license to expire on August 12,” says a statement from VMware’s public relations company in response to press inquiries. “VMware is alerting customers and partners of this issue. Updated product bits with correct licensing will be made available for download as soon as possible. VMware regrets any inconvenience to customers. VMware is working on an immediate patch for customers in production. VMware expects to fix the issue in code in the next 36 hours once QA testing has been completed,” the statement concludes.

A work-around has been offered whereby customers should manually set the date of all ESX 3.5u2 hosts back to 10 August as a temporary fix. Brian Madden has more on the actual glitch and the workaround, as does Matthew Marlowe.

It looks like ESXi 3.5 and even some versions of Infrastructure 3.5 Update 1 with some patches have been affected. New downloads of all affected products has been disabled, and according to VMware patched products will be made available starting tomorrow.

This will hurt VMware in any event, even if we don’t really know how many customers have already downloaded Update 2, and how many of those were using it in a live environment.